Time Traveling: The Importance of setting (Part I) 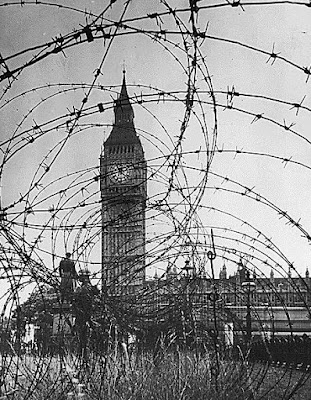 Setting encompasses both time and place. Where and when a story is set obviously has a major impact on the shape of the plot and development of the characters. Although conflict and themes are universal, they play out in vastly different ways in different times.  For example, in Helen Fielding’s Bridget Jones’s Diary, the contemporary Darcy pursues his love in a manner necessarily unique from Jane Austen’s 19th century Mr. Darcy: cell phones replace letters; fast cars, stately steeds; and passionate kisses, formal bows.


Time periods help tell the tale.  Customs, dress, slang, architecture, and even fads create the ambiance surrounding the characters and aid in plot development. I set the first books of my Oxford Chronicles series  (Inklings, Intentions, and Expectations) in early 1960’s Oxford, a time when rock groups like Jerry and the Pacemakers  and The Beatles are coming to the fore and hints of cultural shifts like civil rights, “free love” and the women’s movement are on the horizon. By opening Inklings on the day of C.S. Lewis’s funeral (November 26, 1963), I could ground my story in a very specific time-frame. In Inklings and Intentions, I also used the actual Oxford University eight week academic calendar for 1964-1965 to plot out what my characters would be doing day by day so that the action flows logically.


I set the sequel Expectations in the following academic year of 1965-1966. Since J.R.R. Tolkien and his wife Edith are actual characters in this book, I was delighted to learn that they celebrated their 50th wedding anniversary in March of 1966 so that I could include that event in my story. Yvette, a bi-racial character refers to the Civil Rights movement and quotes from Dr. Martin Luther King’s “I have dream” speech.  Some of the novel takes place in Paris, and because I lived there myself for a semester in 1969, I could search my memory and old journal to accurately describe the city in that era.


Evasions, the prequel of the series, is set during the early days of WWII and the Battle of Britan.  As a history buff, historical fiction is my favorite genre. I love experiencing true events through fictional characters. I was able to interview several people who had lived through the events of the war in Britain and read numerous eye-witness accounts, which aided me in giving personal and vivid details to my characters’ experiences. I learned what was happening day by day and could incorporate those historic events of bombings, air-raids, dog-fights, lives lost, and so on into my plot. The fact that most communication between servicemen and their loved ones took place through letters enabled me to employ the “epistolary” technique to reveal the conditions and daily experiences of wartime Britain as my characters exchange letters, using their own unique voices.


Without question the “when” of a story has a tremendous impact on the story itself. In writing and reading historical fiction, we can become literary time travelers.
Posted by Melanie M. Jeschke at 9:24 AM No comments: